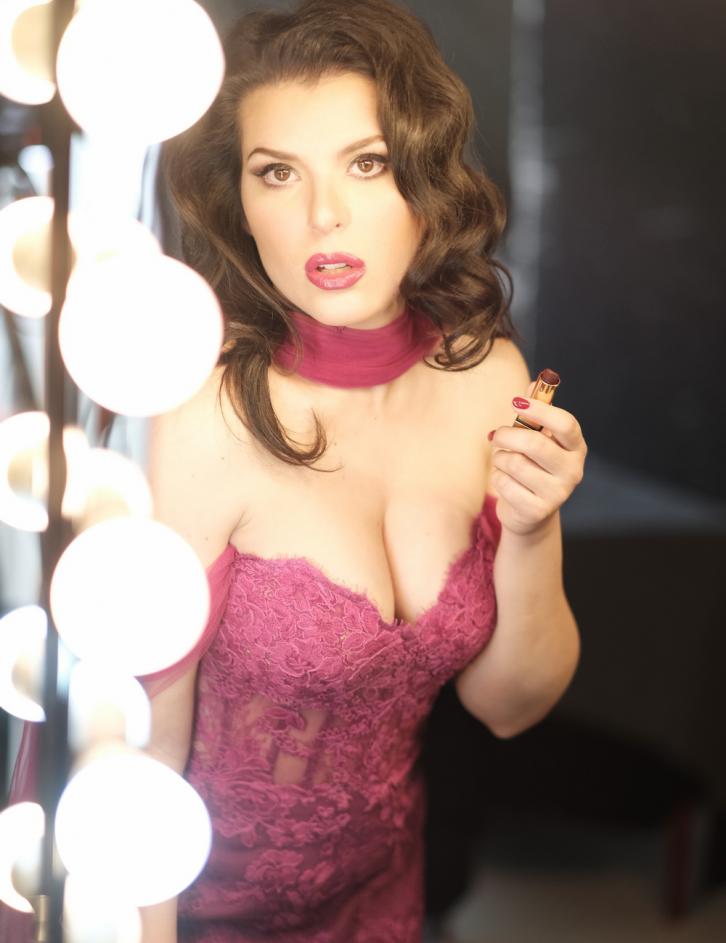 Leyla Martinucci began her career as an actress and singer at age 10 at the Sferisterio di Macerata as Il Pastorello in Tosca. After subsequent collaborations with acclaimed director Peter Stein in Milan and Madrid, she focused  her ambitions on opera, and performed at Teatro Politeama in Lecce as Oscar in 'Un Ballo in Maschera'. Invitations followed for her to perform with the Wuhan Philharmonic Orchestra in China at Quintai Concert Hall under the baton of Maestro J. Peng Liu, and to sing Pergolesi’s 'Stabat Mater' with Maestro Stefano Vignati at Opening Night of the 43rd annual Festival Barocco. She then appeared as Lola in 'Cavalleria Rusticana' and Maestra delle Novizie in 'Suor Angelica' with Miami Lyric Opera, and in critically acclaimed performances of 'Il Barbiere di Siviglia' at the Teatro Vittorio Emanuele in Noto.

Summer 2015 was crucial for her career; she was invited by Marcello Giordani to take part in his Marcello Giordani & Friends concert in Catania and to sing in concert with stars Aprile Millo and Gregory Kunde. The following March she appeared as Zia Principessa in 'Suor Angelica' at Stapling Performing Arts Center in Des Moines, Iowa.

Subsequent appearances include opening night of the Veneto Festival with I Solisti Veneti in the Mozart 'Requiem' and Albinoni 'Magnificat' under baton of Maestro Claudio Scimone, Rosina in 'Barbiere di Siviglia' in Udine and Trieste, the role of La Gloria in the world premiere of Vivaldi’s 'La Gloria e Imeneo' at Villa Manin in Udine with the Orchestra of Teatro La Fenice, and both Flora in 'La traviata' and Lola in 'Cavalleria rusticana' at Miami Lyric Opera.

In May 2017 she returned to Padova to perform Mozart’s 'Great Mass in C Minor' with I Solisti Veneti for the opening of the Veneto Festival, followed by her debut at the Silesian Theatre in Opava in the title role of Carmen, and her reprisal of La Gloria in 'La Gloria e Imeneo' at Teatro Olimpico di Vicenza with I Solisti Veneti in a production directed by Ivan Stefanutti and under the baton of Maestro Claudio Scimone.

Her 2017-2018 season starts with Vivaldi's 'Gloria in D Maggiore RV 589' at the Gianadda Foundation, then continues with Maddalena in 'Rigoletto' at the Grand Rapids Opera, the Toledo Opera and the Opera Carolina, followed by her New York City Opera debut as Angelina in Rossini's 'La Cenerentola', to then continue with her return to Opava in May with 'Carmen' at the Salesian Theater.

The summer of 2018 sees her engaged in Padua in 'La Gloria e Imeneo', with I Solisti Veneti directed by Maestro Claudio Scimone, and critically acclaimed for the role of 'Carmen' at the Miami Lyric Opera in Miami.

In November of the same year she returned to Martigny for the celebration of the 40th anniversary of the Gianadda Foundation on an evening in memory of Maestro Claudio Scimone with the "Coronation Mass K 317" by Mozart with I Solisti Veneti conducted by Maestro Giuliano Carella.

The year ends with another debut in Mozart's 'The Marriage of Figaro' in the role of Cherubino at the Social Theater of Rovigo under the direction of Massimo Pizzi Gasparon.

In 2019 she returned to Charlotte's Opera Carolina, with her debut in Olga in Tchaikovsky's 'Eugene Onegin' directed by Tom Diamond.
In July the debut at the San Carlo Theater in Naples with Mascagni's 'Cavalleria Rusticana' directed by Maestro Juraj Valčuha directed by Pippo Delbono in the role of Lola.

In August again with the Teatro di San Carlo, she returns to sing in 'Cavalleria Rusticana' in Matera during the 'Matera European Capital of Culture 2019' events under the direction of Giorgio Barberio Corsetti.
The show is broadcast live on Rai5 and Arte. In the coming winter it will be screened in the cinemas of the USA, China and Japan and the production of the show DVD will follow.

She has added soprano roles such as Tosca, Aida, Lady Macbeth, Fanciulla del West, Manon Lescaut and Turandot to her repertoire.

In October 2020 she made her debut as a director in the contemporary opera 'Not a country for Veggy-Gluten free' by Domenico Turi and Federico Capitoni at the New Music Spaces Festival in Ascoli Piceno.
In December 2021 she debuts as author and director of the show 'Non è la Callas', at the Teatro Stabile in Matera, exploring the theme of LGBTQI + rights staged with the ContromanoDuo.

In Febrary 2022 she debuts in Turandot, title role, in Theater Aachen.